Largest range, best service, amazing prices! Look out for items marked "Best Price Guarantee", and if you can find designer sunglasses and eyeglasses at a lower price elsewhere, we'll match that price! Simply let us know within 14 days of placing your order, and we'll wire the difference right back into your account.

Simply send an email to our customer service: customerservice@visiondirect.com.au and provide us the website address of the lower-priced item. We'll verify it according to our guidelines and if it's the exact same model number and colour, we'll match the price!

We gladly match the price with the following guidelines:

*The Best Price Guarantee is valid on:

The Best Price Guarantee applies to eyeglasses frames and sunglasses only and does not apply to prescription or contact lenses. Any exact, identical brand name glasses model sold online by an Authorized Australia dealer as designated by the official distributor/manufacturer. Colours and sizes must be identical. Any item currently in stock and available for purchase on another website that is also available in the same size, style, and colour on www.visiondirect.com.au The item is available on other websites for shipping to your address. Selected eyeglass frames or sunglasses. Prescription lenses and contact lenses are excluded. We include all applicable shipping and other costs of the other website to make a proper cost comparison The Best Price Guarantee is limited to 14 days after you placed your order on www.visiondirect.com.au.

When does the Best Price Guarantee not apply?

We are unable to offer the Best Price Guarantee under the following circumstances (including, but not limited to):

The offer cannot be combined with a promotion code. Special promotions such as coupon codes, rebates, gift certificates and " buy one, get one free " are not eligible for the Best Price Guarantee. The difference amount is minimum 1 AUD We do not honor other retailers' misprinted or falsely advertised prices for the Best Price Guarantee. Purchases for resale or commercial purposes are not eligible for the Best Price Guarantee. This offer does not apply to items advertised below our cost. We will not price match prescription lenses or contact lenses. The best price guarantee applies to eyeglass frames and sunglasses only. Items on websites that are auction sites, unauthorized dealer sites and/or discount sites. Items that are out of stock, open-box, clearance, outlet center products and/or refurbished items. Items that are not in stock, ready for shipping on other websites

What happens after I submit my request?

Within 14 days of your purchase date, VisionDirect will verify and match the lower price and credit your credit card for the price difference assuming the above requirements apply and are met. The item must be currently available on www.visiondirect.com.au in the same size, style, and colour.

If you have not made your purchase at the time of applying for the Best Price Guarantee, we can place the order for you at the matched price upon approval.

Price difference applies to the full cost of the item including tax and shipping (subtracting any promotions). There's a limit of one guarantee claim per item, per order. The difference amount is minimum 1 AUD.

We reserve the right to verify another online company's product availability, authorized dealer status, and price before issuing a price match credit.

SELECT
Sunglasses Everything you Need to Know | VisionDirect AU

The History of Aviator Sunglasses

Aviator sunglasses have a rich history dating back to the 1920s when they were originally developed by Bausch & Lomb.

During WWI, the United States increased its use of aircraft for attack missions. As test pilots started to fly at extreme heights, the temperature sometimes plummeted to as low as minus 80 degrees Fahrenheit, becoming a pilot’s top enemy. In the early 20th century, leather hoods and fur-lined goggles were commonly used to fight these terrible weather conditions at higher altitudes. However, these goggles had some major disadvantages. They were heavy, uncomfortable and not dark enough to protect the eyes from the intense sun in the upper atmosphere. As a result, pilots would often face blinding rays from the sun and would land with strained and exhausted eyes. Understanding their struggles, the United States Air Force decided to get new sunglasses specifically designed for military pilots to fix these issues. 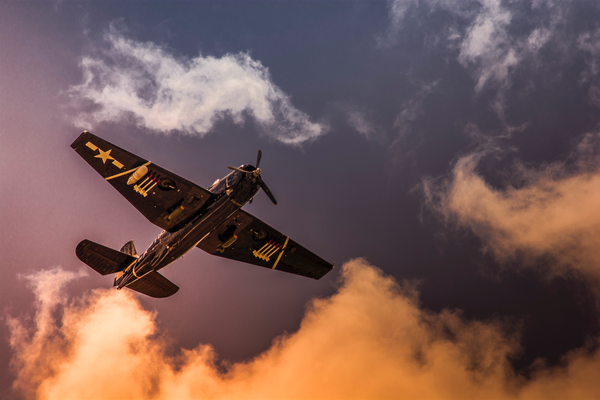 In 1930, John A. Macready, who served as a Colonel in the United States Air Force, began to work with Bausch & Lomb to design and develop specialized goggles for military use. In 1936, Bausch & Lomb’s first pair of Aviator sunglasses was created. They were first used by pilots in order to protect their eyes from the sun while flying, hence the name Aviator or “pilot” glasses. Due to their lightweight, thinner and more elegant design, they also replaced the flight goggles in military use.

In 1937, Bausch & Lomb trademarked the sunglasses as Ray-Ban sunglasses and started selling them to the public. However, they were originally sold as sporting equipment that provided “real scientific glare protection” for fisherman and golfers. Ray-Ban Aviator sunglasses initially cost several dollars while other sunglasses at the time cost around 25 cents.

How did Aviator sunglasses become a part of cultural style?

As World War II hit, Ray-Ban Aviator sunglasses became a staple of military gear for pilots. Ray-Ban Aviators became even more popular and transitioned into a commercial product after General Douglas MacArthur was photographed wearing them when he landed on a beach in the Philippines. These photos have become the lasting images of World War II and Ray-Ban Aviator sunglasses became a part of cultural style. The event marked the start of the Aviator becoming the iconic fashion statement it is today.

Its popularity continued to grow throughout the 1950s with many Hollywood celebrities donning a pair. By the 1960s and 1970s, many iconic figures could be seen wearing a pair of Aviator sunglasses, including Gloria Steinem and Paul McCartney. In the 1970s, they started to develop alternatives to the original Aviator and different coloured Aviators started to emerge. A version for women was born with pink frames, brown lenses and rhinestone details, and so the Aviator was no longer a style just for men.  Also, at the same time, other manufacturers across the United States such as Polo, Serengeti and Persol, started to mimic this iconic style to create their own pair of Aviator sunglasses. There seemed to be a pair of Aviators for everyone! By the 1980s, Ray-Ban Aviators were at the forefront of a cultural change. The iconic sunglasses were worn by Tom Cruise and Val Kilmer in Top Gun. Ray-Ban Aviator sunglasses had become one of the first popularised styles of sunglasses.

Aviator sunglasses are characterised by dark lenses made of mineral glass with very thin metal frames and a double bridge.

The green anti-reflective lenses help to block harmful rays from the sun, such as infrared and ultraviolet rays, preventing wearers from getting eye strain.

The teardrop shape gives pilots complete coverage, with full protection of the entire eye socket, without limiting the field of vision. The thin gold-plated alloy frame is ultra-lightweight to ensure maximum comfort.

As well as its association with the military, Aviator sunglasses are synonymous with looking cool.  Style them with a leather jacket and you can look just like an action hero! 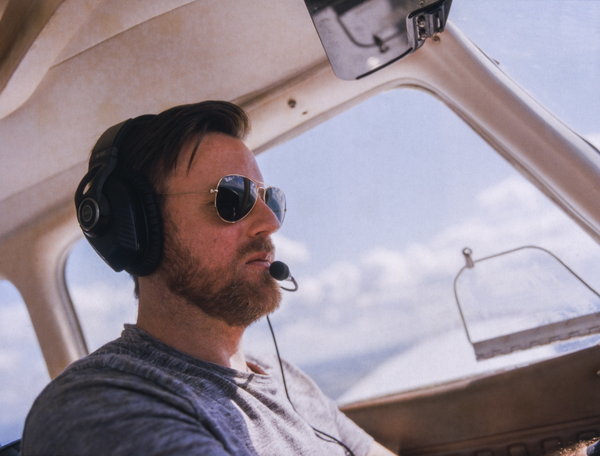 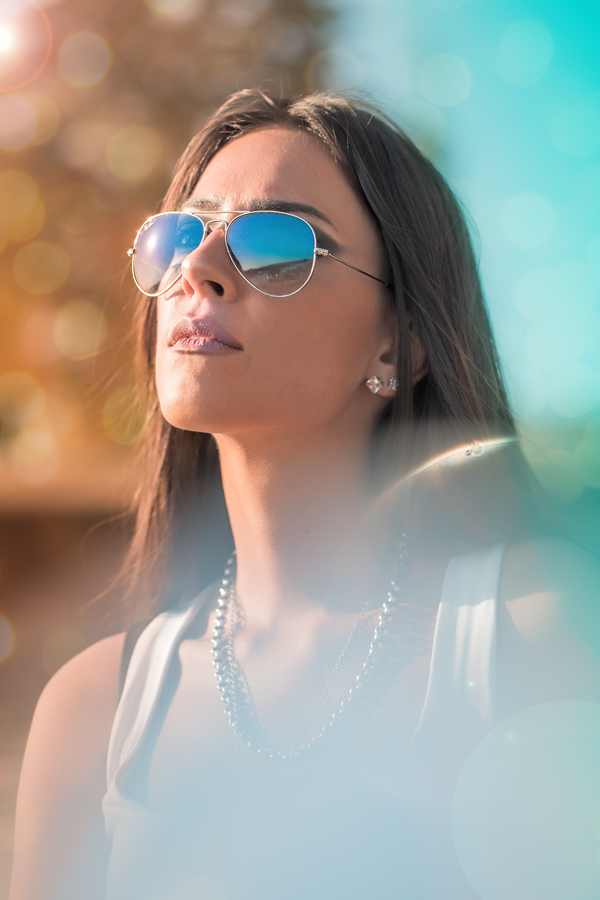 Was this article helpful? Thanks for your feedback!
Yes No
Share
Discover articles about: